Since returning to the Maritimes we have been treated to several intense storms. This of course is simply an opportunity to get out, marvel at creation, and get some photos! I have spent quite a bit of time driving around on the Tantramar Marsh trying to get pictures of the storms as they moved in.. sometimes as late as 2:30 AM (it is a vacation after all). 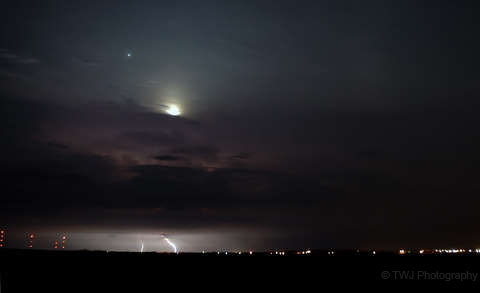 Jupiter, the Moon, and a storm over the Bay of Fundy.

One storm in particular (at 4:00 AM) was such that many people have said that they had never seen a storm like that here in New Brunswick. When that one was going over head there was almost constant lighting flashes from all directions with continuous rumblings and crashings as the thunder shook the house. A bolt of lightning struck on a tree near a relatives home and when they told me about it I had to go look.

So here is my photo essay:
Why you shouldn’t take refuge under a tree during a storm. 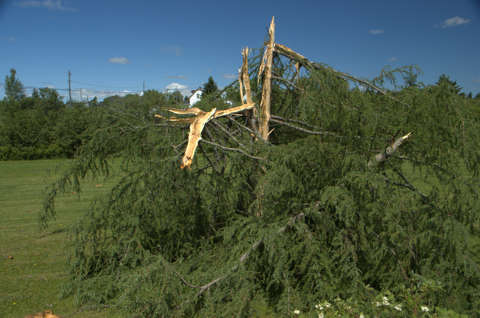 A piece of the destroyed tree is embedded in the ground some distance from the tree. 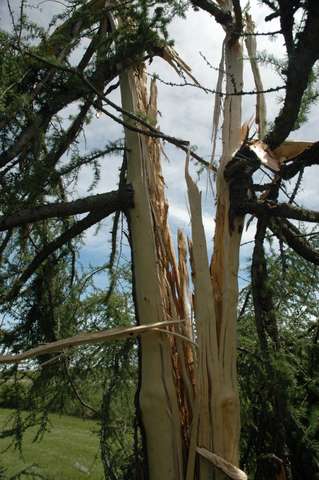 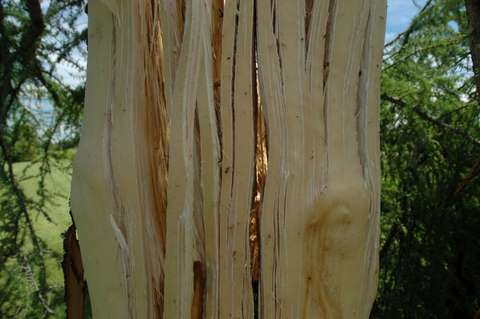 A close up of the splitting done to the tree.

One of the first things you notice about the tree is how little bark is left on it. Over 50 feet away I was still finding bark shrapnel scattered across the lawn. 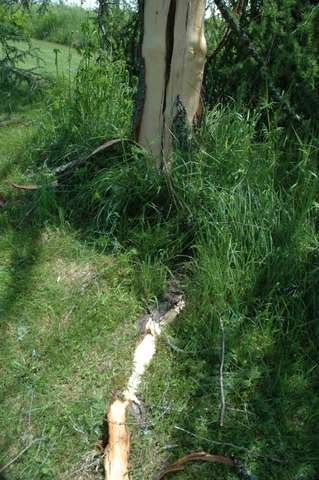 Even the roots were cooked. Any exposed root had the bark blown off, and where the big roots were underground the soil above was split, exposing the roots.
Lesson: Stay away from trees during storms!